"We can change the world and make it a better place. It is in your hands to make a difference." 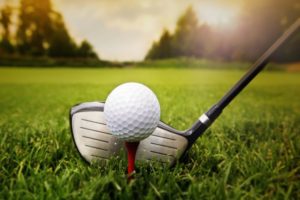 Join us for our biggest fundraiser of the year, the Rick Goodfellow Charity Invitational! Enjoy an afternoon of golf, followed by a delicious dinner and an evening of fun, prizes and a silent auction. Meet RGI Charity founders, Rick & Nicole Goodfellow, and hear firsthand about the positive difference you can make in the lives of the 4000+ Olympic Primary School children who live in Kibera, the largest slum in Africa! 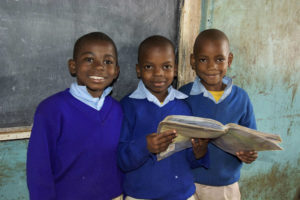 In 2005 Nicole Goodfellow visited the Olympic Primary School in the Kibera slum district of Nairobi, Kenya. Deeply touched and inspired by the dedication of the teachers and the learning enthusiasm of the kids, Nicole and her husband Rick decided they needed to help. Follow the link below to find out more about their incredible story and discover how you can help too! 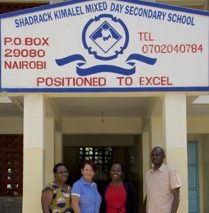 In 2011, RGI Charity extended its outreach to include a scholarship program to send the Olympic kids graduating from grade 8 to secondary school. A scholarship includes tuition for the year, a full uniform, a pair of shoes, a supply of paper, basic school supplies and a daily lunch meal served at school. Follow the link below to find out how the Goodfellow Scholarship Program can turn unimaginable poverty into a glimmer of hope through the power of a high school education and how you can get involved!

For many years Rick & Nicole Goodfellow dreamed of connecting students from the Olympic Primary School with local students here in Canada. In 2016, Nicole began working with her niece, Alison Goodfellow, to do just that and together they founded the Olympic School Friends Program. This program connects students through a pen pal initiative, as well as fundraising efforts in local schools. Follow the link below to find out more about this wonderful program and how you can get involved! In 2005, a handful of colleagues got together for a leisurely game of golf in celebration of Rick Goodfellow’s retirement from Canada Post after a 35-year career. For the following 3 years, the event continued to take place with more and more buddies wanting to join in on the fun and camaraderie.

Meanwhile, Rick and his wife Nicole had discovered a passion for Kenya: its natural beauty, its breathtaking wildlife (particularly, the giraffes!) and its people. They have been returning to Kenya every year since 2003 – bringing along friends and family with them on their safari adventures.

In 2005, Nicole visited the Olympic Primary School in the Kibera slum district of Nairobi with her daughter and niece. Deeply touched and inspired by the dedication of the teachers and the learning enthusiasm of the kids, Nicole returned home with plans to have a library properly set up for the kids. A few months later, all of the school’s precious books had found a home in a real library setting – her literacy gift to the school.

How to do more for the school became the burning question – it was so easy to make a real difference in these kids’ lives. Bringing story books and pens and pencils to the school on their annual safari treks to Kenya could become so much more. A multiplier effect was needed – and one was readily available: the retirement golf get-together that was now attracting some 40 players for an afternoon of fun. And so, in 2008, the Rick Goodfellow Charity Invitational was officially launched with the Olympic Primary School designated as the cause of choice. Close to 100 friends, colleagues and associates enlisted in the event – and generously donated loads of school supplies. The first Invitational raised more than $5,000 and it has been growing ever since. The library was just the beginning!

You can help RGI Charity in it's mission to provide support and opportunities to the children and families in Kibera. Build a desk, sponsor a student, join the Rick Goodfellow Charity Invitational, and/or donate now. Together we can change the world and make it a better place.

HOW CAN I HELP?