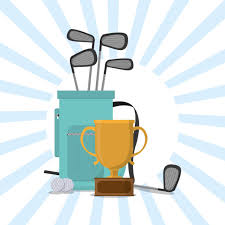 RGI is happy to celebrate the tournament winners each year! The biggest winners of all are the students, staff and families of the Olympic Primary School. Congratulations to all of our winners and thank you for your generosity and support!

The fundraiser's growing trend continued in 2011 with a total of $16,600 - way beyond Rick and Nicole's expectations. 2011 turned out to be a banner year with the launch of the Goodfellow Scholarship Program! 5 participants from the tournament decided on the spot to sponsor students at Olympic Secondary School. What a vote of confidence!

In 2012, despite the wind, rain, cold and the chill in everyone's bones, the indomitable spirit of the RGI supporters prevailed and the event raised a record total of $13,280!

Another phenomenal year in 2013 with more than $13,000 raised for the Olympic School kids!  Since its launch in 2011 with 5 kids being sponsored on a scholarship for high school, the Goodfellow Scholarship Program now enlists 28 students who are able to achieve their dream of completing secondary education thanks to the RGI’s incredible supporters. What a milestone!

The 2014 June event started off with torrential rains risking the cancellation of the fundraiser. Miracles do happen on golf courses … suddenly the rain stopped and blue sunny skies prevailed for an afternoon of good cheer on the links! The miraculous change in weather set the stage for another terrific event and a heartfelt hand of applause to the BEST supporters ever: $13,050 for the Olympic kids and 7 new sponsors enrolled for the Goodfellow Scholarship Program. Let the GOOD times roll!

In 2015, the June tournament raised $14,000 for the Olympic Primary School – a new record! As Rick and Nicole launched a major renovation of the toilet bloc at the Olympic School, a generous donor contributed an additional $4,000 to have the project completed in 2015 – what an unexpected bonus for the Olympic kids. Needless to say, a fundraising year exceeding $18,000 was new territory for the RGI. The question in everyone’s mind … would we able to match this again?

2016 comes along and it’s nothing short of a BIG WOW: $27,400! Rick and Nicole launch the idea of a school desk drive: “ build a desk and have a customized inscription etched on the front of the desk”. With so many classrooms lacking proper desks and kids sitting on the floor for their lessons, the RGI supporters embraced the new project and 56 desks were ordered on the spot! The desk drive becomes a game changer for the fundraiser and for the Olympic School. School desks can be ordered all year-round and have become a hot ticket item for special gift offerings.

The new momentum gained in 2016 with the launch of the school desk drive reaches an unprecedented high with a total of $43,250 raised in 2017 – simply unbelievable! 120 new school desks are ordered by RGI supporters from all corners of Canada. Meanwhile, the Goodfellow Scholarship Program continues to thrive with 38 lucky students being sponsored throughout secondary education. With this level of funding now available, Rick and Nicole have transformational projects lined up for the Olympic School. It’s literally a new dawn for the RGI. Again, the question in everyone’s mind … will we able to match this again?

The 2018 RGI doesn’t disappoint … $38,200 raised thanks to the school desk drive which continues to be all-time favourite with everyone and the incredible generosity that the tournament participants exhibit during the event. Rick and Nicole are "over-the-moon" with this strong vote of confidence. So much can be done for the Olympic School with these precious funds.

The RGI Golf Tournament, thanks to everyone, raised just over $32,000 plus over 80 kilograms of school supplies for Olympic school were donated by you. Thank you again for your unwavering trust in us.

CLOSEST TO THE PIN

Honourable mention goes to the team of; Frankie Papalia, Patrick Chamney, Kyle Stout and Rohan Thakar who were tied with the winners so we looked at who had the most birdies and eagles. The birdies were even except Carol’s team had 1 eagle and Frankie’s team had no eagles.

MOST HONEST GOLFERS (16 over):